The Good, the Bad and the Ugly of Twitter Newsjacking

If you follow the online marketing industry, chances are you’ve heard of newsjacking -- and even if you haven’t, you’ve probably seen it happen. Marketing strategist and author David Meerman Scott, who coined the term, describes it as “the process by which you inject ideas or angles into breaking news, in real-time, in order to generate media coverage for yourself or your business.” 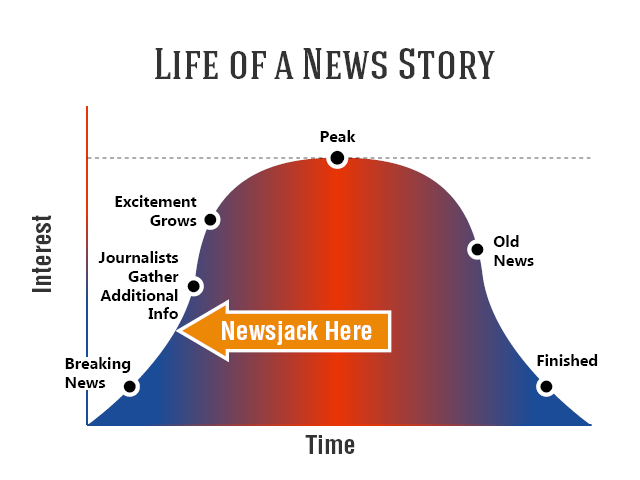 Unsurprisingly, a special subset of newsjacking has developed on Twitter, the real-time giant of the Internet. Here, newsjacking includes not only injecting one’s brand into real-life events as they happen, but also engaging with trending hashtags.

A good example of the latter emerged recently with the hashtag #RuinA90sBand, in which Twitter users change part of a famous band’s name (ex: “The Red Hot Chili Lepers,” “Boyz to Baldmen”). When the humor turned scatological, Charmin jumped on the opportunity to engage with users by adding “Fiona Apple Bottom,” “Buns-N-Roses” and “Poo Poo Dolls” to the mix. Soon, Charmin was going back and forth with followers, who were tweeting suggestions like “Bowling for Poop” and “Turd Eye Blind” directly at the company. By watching trending hashtags, the company was able to build its fan base without making any overt attempts to sell its product.

But not all newsjacking efforts have been so innocuous. Perhaps the most famous example of newsjacking run amok occurred during the uprisings in Cairo, when footwear retailer Kenneth Cole tweeted, “Millions are in uproar in #Cairo. Rumor is they heard our new spring collection is now available online at https://bit.ly/KC–Cairo — KC.” Popular reaction to the tweet was overwhelmingly negative.

The Mechanics of Newsjacking

So what makes for successful newsjacking on Twitter? Here are my top picks for the good, the bad and the ugly, along with what we can learn from them:

How would you respond to these tweets? Can you think of other notable examples of newsjacking in the Twitterverse? Share them in the comments.