It's late January and people across the United States and the entire world are excited for one major event that's coming up on February 3. You know what we're talking about.

Sure, the commercials, halftime performance, delicious snacks, and actual on-field competition are great, but in 2019, it's the battle of digital marketing and comparing online metrics that people are really excited about! At least, we at HubShout are!

This year's big game features the Los Angeles Rams taking on the New England Patriots, which will determine not only the champion of the National Football League for the entire 2018 season but what team has the greatest digital presence.

Though Jim Nantz' color analysis and all-around football wizard Tony Romo will certainly predict what's going to happen on the field during play, we are one step ahead and already know the outcome of the game.

After taking a look at how both the Patriots and the Rams handle their digital marketing strategies, we were able to determine exactly what is going to maybe happen ... maybe.

Here are the criteria that each team will be rated on: Social Media will take the place as the offense and will be broken down into three main platforms: Facebook, Twitter, and Instagram. We'll dive into how many followers each team has, how often they post content and advertisements, and what kind of engagement they have with their respective fan bases. On the defensive side, we'll look at Search Engine Optimization (SEO), including site speed, domain rating (DR), backlinks, monthly traffic, and so much more.

On offense, each football social media category win will account for a 7-point touchdown (we'll just assume the digital point after attempt (PAT) is a success). And on defense, each SEO category win accounts for a sack, meaning the 41-year-old Patriots quarterback Tom Brady will surely hope the Pats have a great SEO strategy so he can avoid getting hit by 250-pound defensive linemen as much as possible.

What a Cinderella story the Patriots are! True underdogs! A real David against the mighty Goliath Rams. Everyone's favorite team!

Though no one on earth is surprised that Tom Brady, Bill Belichick, and the Patriots are playing the last game of the season (for the 11th time since 1985 and the 9th time since 2001 when a young Brady took over), could their digital presence outshine the Rams?

The Patriots play in New England, which isn't exactly a tech hot spot. Conversely, the Rams play in Los Angeles; if the Internet could be a city, it would be Los Angeles. Major highways, traffic … you get the analogy.

Also, coach Belichick, who will surely be in the NFL Hall of Fame one day, doesn't exactly show a fondness for embracing technology. He once destroyed a Microsoft surface tablet in frustration and -- worst of all -- he doesn't even have a Twitter account. Plus, he even said this:

"I'm not on SnapFace and all that ... I'm not too worried about what they put on InstaChat." - Bill Belichick.

So maybe the Pats really are underdogs. Let's take a look at the stats! 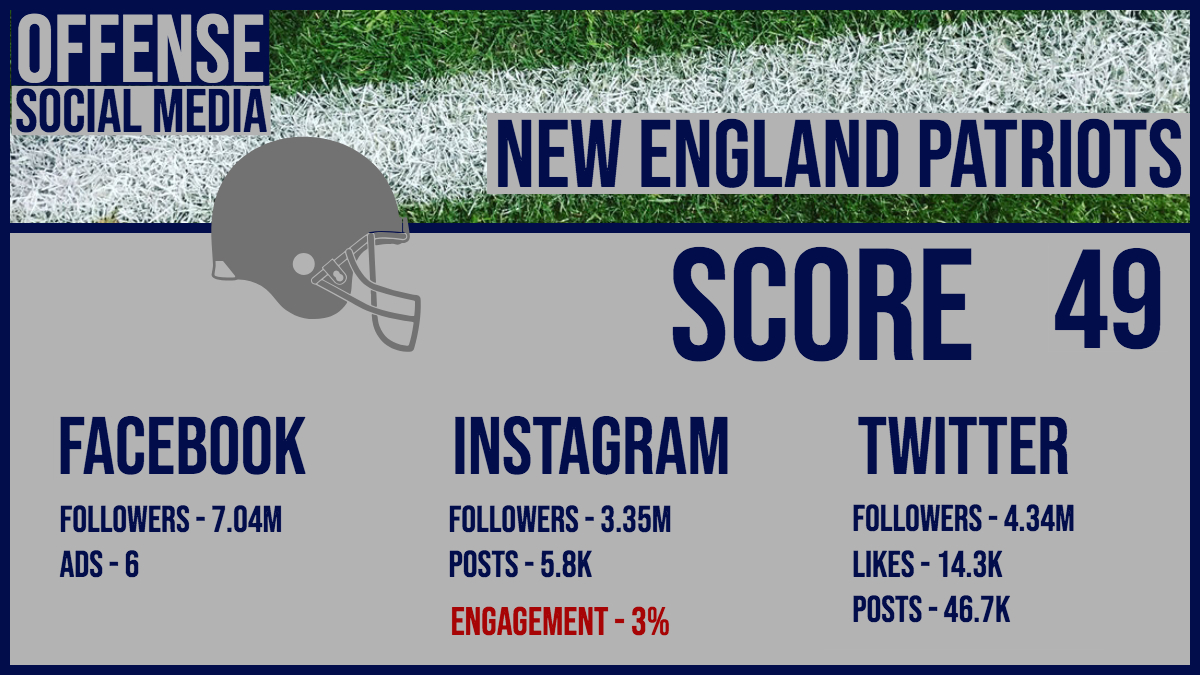 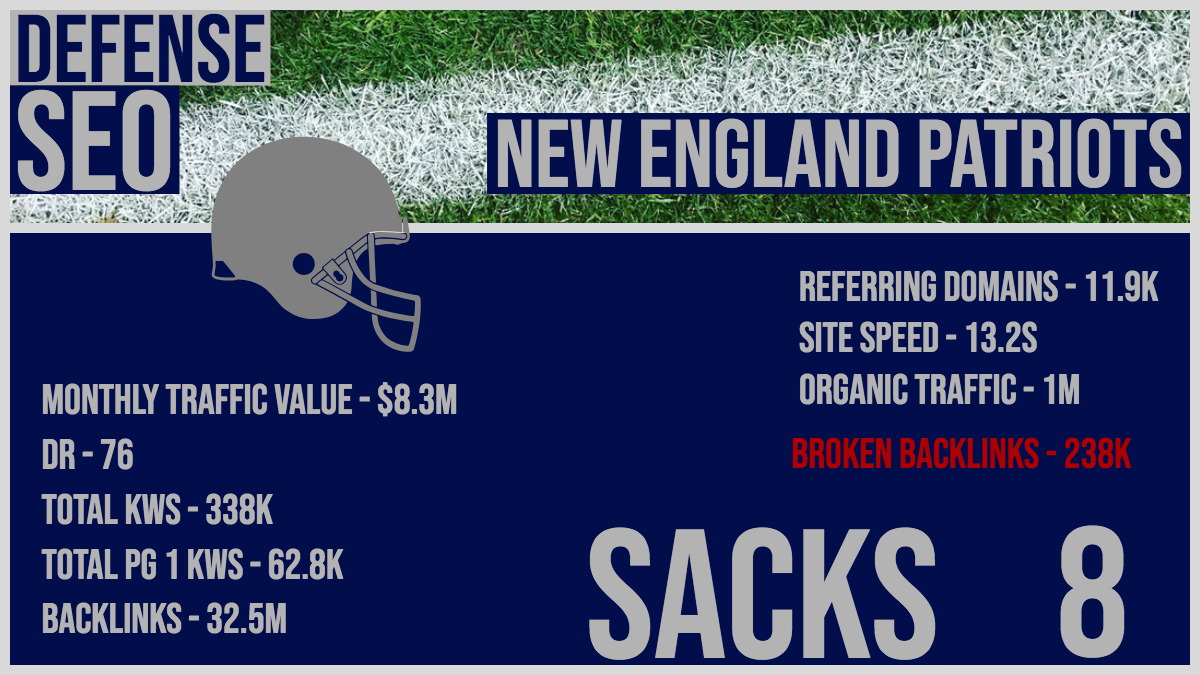 The Rams are the only franchise to win championships representing three different cities: Cleveland in 1945, Los Angeles in 1951, and St. Louis in 1999. They play their home games at the iconic Los Angeles Memorial Coliseum, which has hosted the Summer Olympics three times and will hold the 2028 Summer Olympics, as well.

The majority of L.A. citizens aren't as homegrown as New England's. People relocate from all over the country and the world and move to Los Angeles. Though many of these people end up rooting for the Rams, the majority already have NFL teams they have rooted for their entire lives.

That being said, if this game was determined based on coolness factors and overall hipness, they would destroy the Patriots. But it's not. It's not being decided based on talent, skill, or even on-field performance, either. It's being decided by various digital marketing metrics! Hurrah!

It's time to take a look at the Rams and see if they stand a chance against the mighty Pats! 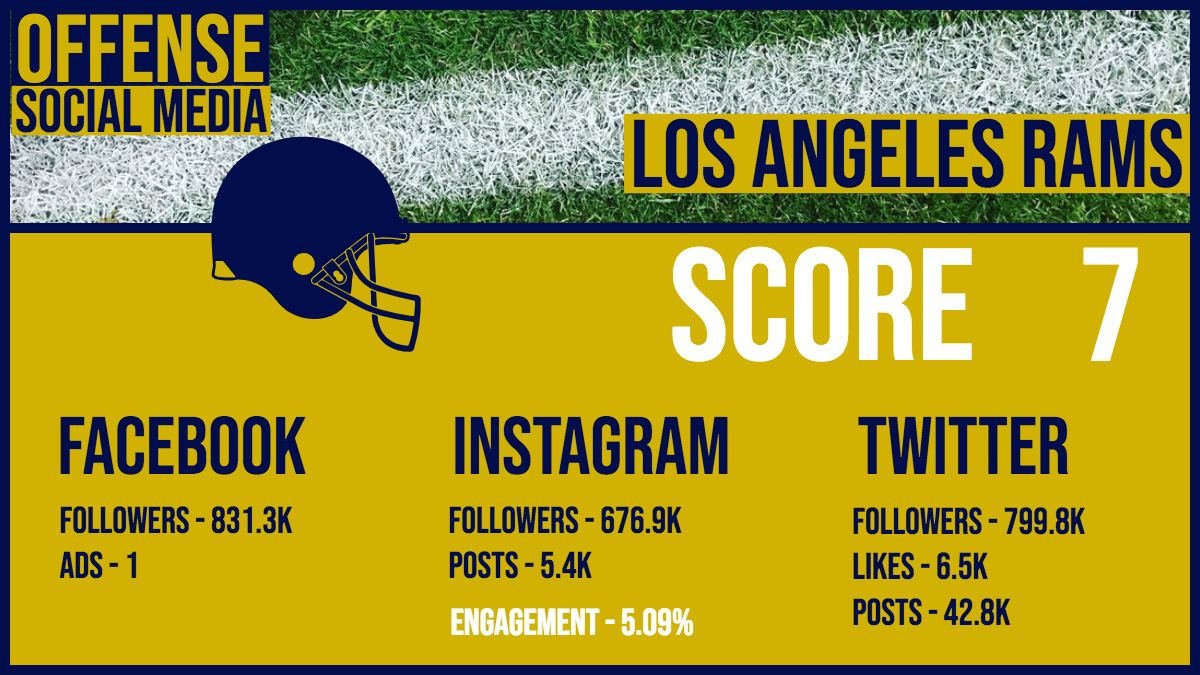 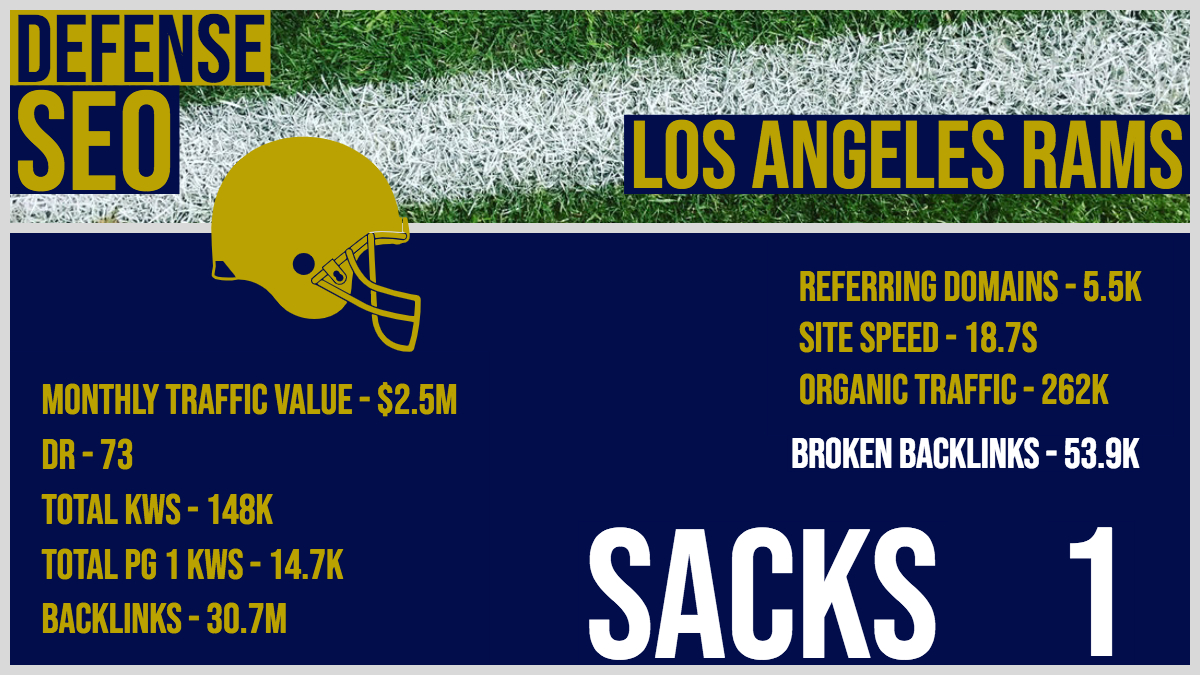 What a shocker! The team run by perhaps the least tech-savvy football coach in history has an extremely powerful digital marketing presence! And the L.A. Rams, though they have a promising future, still have a lot to learn in this online world.

So what exactly happened during this matchup? Well, the Patriots, to no one's surprise, came out fast, strong, and efficient. They won seven out of eight offensive categories, meaning they scored seven touchdowns, equating to 49 total points. The Rams, on the other hand, despite having the second best offense all year (behind only the Kansas City Chiefs) and averaging 32.9 points per game, only scored a measly seven points -- one single touchdown. And they basically just stumbled into the end zone for that one score since their Instagram engagement rate was the only category in which they outperformed the Pats. It's pretty tough to have a higher engagement percentage when you literally have 3.3 million more followers, so the Rams got a lucky one there.

Other than that, it was an offensive beatdown in favor of the Patriots. But as the age-old saying goes, "SEO wins championships." So what happened on the defensive side of the ball?

Once again, the Patriots prove why they belong here year after year, winning eight out of the total nine defensive categories. Although the defensive metrics were much closer between the two teams, the Rams simply couldn't get any pressure on Brady, a sure-fire future hall of famer. Domain rating, backlinks, and site speed were close, but the Pats won every one of those categories. The only reason the Rams broke through the line and got a sack on Brady was for having fewer broken backlinks than the Pats -- 184,000 fewer broken backlinks. So the Patriots sacked Jared Goff eight total times, and Brady went down only once.

Once again, the Patriots are champions of the National Football League. These New England championship parades have got to be pretty boring by now, right?

Whether you're an avid sports fan or not, if you want to follow along with our foolproof (not foolproof), 100% accurate (not likely), guaranteed (nope) prediction, make sure you tune in. Here is everything you need to know about the upcoming big game:

Please, let us know what you think in the comments! And Rams fans, don't feel too bad: you made it to the big game, you had a great year, and you certainly have a bright future ahead of you both on the field and across the digital realm.

Whatever happens on Sunday; enjoy the game, enjoy the commercials, enjoy eating as much as humanly possible, and enjoy spending time with your family and friends. But if you can, the next time you watch a competitive sporting matchup, try to at least think about how the team's digital presence, like football social media, transfers to actual on-field performance -- it's a fun new way to think about sports! 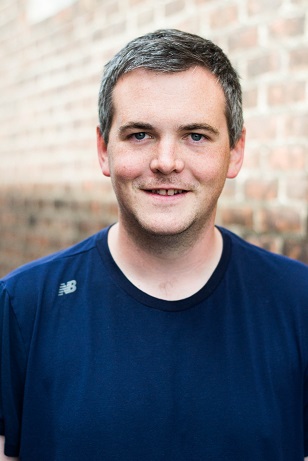 Author: Sean Finucane is a Premium Writer at HubShout. He earned a B.A. in Communications from The College at Brockport in 2015. Life highlights include DJing live from the Rock and Roll Hall of Fame in Cleveland, Ohio and eating a great baked potato.