As Google Tightens Its Grip on the Search Engine Market in Europe, the EU Pushes Back

As Google continues to strengthen its position over the world's search engine market, the European Union is once again saying that enough is enough. The European Commission claims that Google's way of doing business—more particularly, how effective the Google algorithm is—presents an overwhelming obstacle to any competitors looking to break in to the European search engine industry. Google's main rival stateside, Microsoft, has filed numerous complaints with the European Commission, pushing the body to act on what it and others view as monopolistic practices, as The Christian Science Monitor details in a recent report.

Competition Succeeds in the U.S., Fights for Scraps in Europe

Europe's concerns aren't unfounded. According to recent figures from Search Engine Watch, Google controls nearly 68% of the search engine market share in the United States. Competitors like Yahoo and Microsoft's Bing don't have a lot of space to work with, but they still have a fighting chance. In Europe, however, the impressive Google algorithm has led the company to almost complete domination of the market. The tech powerhouse owned 90% of the market as of May 2014. 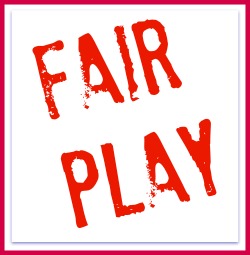 Should Google Be Made to Change Its Product? With Google's near stranglehold on the market, a governmental push forcing the company to rethink its methods and make way for the competition would make sense; however, the EU isn't pushing for a change in Google's methodology as much as they're demanding Google rethink its algorithm design and functionality.

And that's where things get complicated. The EU's European Commission is effectively pushing for Google to dumb down its flagship product. Google isn't violating any antitrust laws so much as it has created a product that no one has yet been able to match in effectiveness or quality. That doesn't seem like something for which the tech behemoth should be punished.

Recently, EU lawmakers voted to break up Google. Do you think the Silicon Valley giant should be made to change the famous Google algorithm? Tell us why or why not in the comments below.